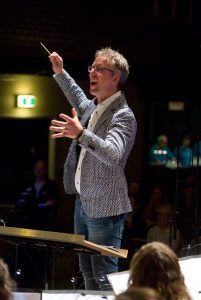 Since September 2020, QHarmony is being conducted by Henk-Jan Heijnen.

Currently, Henk-Jan is working as a conductor with several other orchestras and project orchestras. With these orchestras, he acquired several promotions and national titles.

In addition to his work as (guest)conductor, Henk-Jan is teaching brass-instruments with several associations and is the initiator and conductor of the Oost Gelders Youth Orchestra (OGJO) and the TOP-orchestra.